A vision to foster love and understanding among the various communities in India and also to contribute to development and self reliance through education, turned into a reality when on the 9th of June 1957, the Fr. Agnel Ashram was established at Land's End Bandra in Mumbai.

Under the inspiration and guidance of the founder Fr. C Rodrigues and a dedicated few, the movement started with an orphanage and a trade school in carpentry. Today this movement has grown from a humble beginning to a universal family. Under the guidance of Agnel Ashram Fathers, it caters to full fledged schools, industrial training centres, polytechnics, engineering colleges at the bachelor and post graduate levels and a School of Management and has spread its wings with large technical complexes at Bandra in Mumbai, Verna in Goa, New Delhi, Noida, Ambernath,Vashi in Navi Mumbai and in Pune.

This Movement believes in the truth that the school is an extension of "home sweet home" and today this large Agnel Ashram Family comprises of over 30,000 students. Steadily adding to this number are their parents, siblings, close family members and friends. Thus emerges, a large house of over 69,00,000 committed countrymen of India, who not only nurture a healthy feeling of love and pride for our Motherland, but also experience the joy of being an unique element of 'VASUDHAIVA KUTUMBAKAM".

The Agnel Technical College started in 1969 with a course in Diploma in Production Engineering at Bandra in Mumbai. From Mumbai, Father Agnel Ashram under the request from the Government of India branched out simultaneously to New Delhi and Verna in Goa in the year 1979.

Keeping in mind, the ever-growing demand for technical expertise in the industrial sector, the Ashram Fathers opened another branch in the industrial and financial capital of the country, located at Vashi, Navi Mumbai. The complex started with schools in English and Marathi medium in the year 1982 and started building a Technical Complex in the year 1983.

In the year 1985-86, Agnel Ashram Fathers, a group of catholic priests and brothers along with some well educated, dedicated, zealous and highly professional co - workers started Agnel Community Polytechnics. This project was sponsored by the ministry of Human Resource Development, Government of India for the purpose of upliftment of the downtrodden rural population. Today, these community polytechnics train around 1000 students a year.

In June 2000 an Agnel Ashram institute was started in Greater Noida (near New Delhi) and in September 2000 the foundation of yet another Agnel Ashram Institute was laid in Pune. A third centre in the suburbs of the industrial and financial capital was opened at Ambernath in the year 2001 and in order to provide value addition to the students, a Business School was added at the Vashi complex in the same year.

Thus, starting with the preschool level this movement seeks to touch the lives of students, right up to graduation and post graduation levels, in such a way that every student entrusted to the care of Agnel Ashram Fathers' Institution grows into a balanced, versatile and courageous individual who has the physical, emotional and spiritual strength to face the challenges of life.

We shall supplement our stated MISSION by:-

FCRIMS has created an infrastructure that surpasses most institutions in providing an ambience conducive to teaching and learning. At FCRIMS, the learning process is focused on sensitizing its students to the real world issues and developing an ability to become leaders in their chosen fields.

We derive our strength from our methodology of teaching. We believe in the concept of "precaptor precaptoris" i.e. one who walks before you holding your hand. The endeavor of each member of our team is to raise and discuss diverse issues with the students,be approachable,expose them to every aspect of the prescribed syllabus and thus bring these students from diverse backgrounds to a common platform of business management. 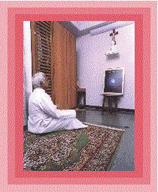 Even though our course content is the same as that of the other institutes affiliated to Mumbai University, we are different in our approach in dispersing the knowledge to our students. In today's corporate world, the cutting edge that sets apart a person from the rest is derived from the attitude, the grit and the ability to survive in adversity, the will to communicate, strong business ethics and above all self-confidence and personal conviction. Our deep commitment towards the students motivates us to create an environment where our students can blossom with their latent talents.

Finally at FCRIMS, the students learn the importance of being life long learners even when they become mature, assertive and confident professionals. They are exposed to positive and conducive environment of learning, leading to the ability of quick decision making. Hence they enter the corporate world not only with confidence but also with humility by virtue of value based development. 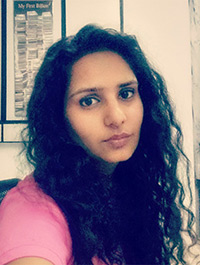 FCRIMS has set a strong foundation for me which has helped in many ways ... view more 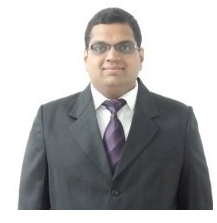